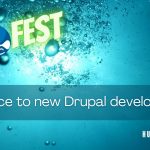 My advice to my younger self (and to new Drupal developers)

I recently opened up a spreadsheet where people can put in their ideas of what I can write about in this DrupalFest series. Someone put in a topic of what advice I would give my younger self. This idea intrigued me and I thought I will make an attempt at writing down advice to new Drupal developers. I am not very comfortable presuming that someone would want to take advice from me; so I am going to say what I would want my younger self to know. I am going to temper my thoughts to be suitable to today’s state of industry. There is no point talking about how the world would be from the point-of-view of 2007. So, let’s get started.

You don’t have to write all the code

One of my first non-trivial programming task was writing an x86 Assembly library for graphics manipulation and computation from QBasic. I started off programming with GW-Basic and QBasic and in time, I realized it is quite slow to do real stuff. That’s when I learnt Assembly language and wrote a library. This started me off on a path where I preferred to write all the code on top of a programming language and not rely on frameworks and libraries. I stayed on this path for about a decade since then.

I eventually learned that to be productive and actually grow, I should stop thinking of code in terms of purity and use what is out there. Other people are talented too and they have gone through the same problems you are going through. Learn from their mistakes and their work and build upon that. I realized much too late (in hindsight) that I was letting perfect be the enemy of good and staying stuck.

Case in point: I found out about Drupal in 2007 from someone and I thought why would I use it when I can and have written multiple CMS’es. The person who introduced me to Drupal (Drupal 5 at the time) was talking about how you can build websites in a matter of hours and use views to build a query with a UI (I hated that idea). He even said that Drupal 6 is even better and is just about to be released. Even after this, I only gave in and built my first Drupal site at the end of Drupal 6 period. That is still the only Drupal 6 site I have built.

There’s another story. I wanted to start a blog and was waiting to perfect the blogging CMS I was building. It had everything I wanted but I was finding more things to add and that became an excuse for me to not start blogging. I realized that one night not able to sleep at 2 AM and it hit me; that’s when I wrote my first (second) blog post. Here’s the actual first.

But do write the code to learn

Yes, I waited a long time to start using other people’s work because I wanted to do it myself. But doing it myself taught me a lot and I encourage you to go through that as well; just not at the expense of getting work done. When you find time, pick one hobby project that you want to do, just one, and do it from scratch.

Learn something not related to what you want to learn

This is something I did without realizing anyway and so I don’t need to give this advice. But I will document it here anyway. Learn a lot. Don’t let go of an opportunity to learn. I cannot stress this enough on how it has impacted me. It was only a feeling until I read more about this in David Epstein’s book “Range: Why Generalists Triumph in a Specialized World“. Essentially, learning things which seem unrelated to what you’re doing is a great work to develop a wide perspective which helps you innovate and excel. If you’re interested in the mechanics behind this, do read the book.

Within the programming area, I started off with QBasic, Assembly, PHP, .NET, C#, C/C++, Java (in school and college), and staples such as HTML, CSS, and JavaScript (much simpler around that time). Since I started working professionally, I have learned ASP.NET, Windows programming internals (from a .NET perspective), CodeIgniter, Kohana, WordPress, Drupal, JavaScript, Laravel, and many others I can’t recollect. More recently, I have started learning Rust, Golang, Flutter, Dart, and technologies such as Docker and Kubernetes. Outside of programming, I often worked with Photoshop, Premiere, Aftereffects, Corel Draw, and generally in printing and video editing projects. Further outside of programming, I used to assemble computers for people and myself and built networks. Going in reasonable depth with all of this helped me understand computers and technology the way I do today.

Also learn something completely outside what you do

It is great to expand your knowledge in the areas around your work but it is also very helpful to pick up completely unrelated activities (what we call hobbies). I used to be part of group that put up props and other types of decorations for community events. As a part of that group, I would cut paper, slice thermocol, apply glitter and other materials, and put them up on walls and hang them from rafters and towers. I also used to volunteer as a photographer and also a vocalist (something similar to a choir group). It may not seem obvious how this would help your career but the broad range of perspectives that develop here help. One aspect of this is just the expanded network that you build which helps you see outside the otherwise narrow world we sometimes confine ourselves to.

I read this great book called Atomic Habits by James Clear which opened my eyes to the relevance and effectiveness of habits. Earlier, I often found me fighting against myself to do something: either read more, exercise more, or just behave differently. I used to put up a brave fight and punish myself when I failed (which I often did). You see, I thought I was being a hero by slaying myself with all the burden and was a skeptic when I started reading the book. Not anymore. I now think more about the impact rather than the act and take calculated steps to learn and build my life with the impact in mind, not my current actions.

I already shared why you should go broad with various technologies, but it is just as important to go deep in on one or two technologies you want to focus on. If you’re reading this, one of those things is probably Drupal for you and I would argue you should make that PHP. Go deep into how PHP works. What are the new features in PHP and how are people using those features in other frameworks? How does PHP run on a webserver and what are some of the alternative models of running PHP applications? How does a PHP application differ from something written in Golang, for example, or in Python?

And learn about programming fundamentals too. What problem does object oriented programming solve anyway? Can you apply functional programming principles in PHP? In Drupal? How does a processor execute a program? What does Assembly look like? How does an Operating System schedule programs for execution and how can it run multiple processes at the same time? How does virtualization and containerization work and how does that affect your code?

I know it seems like a lot but you are not going deep in one dive. Take years if you want to but you will see benefits within days of you starting to learn this.

Now, this seems obvious in hindsight but it was not clear to me when I started programming. I already said that I was loathe to try out frameworks and libraries written by other people (that includes CMS’es as well). It was not until I volunteered for a project where I didn’t want to spend much time and just picked up Drupal. That is what set me on the path of my amazing experiences in the Drupal community.

So, I want to say this straight. Drupal is awesome both in terms of the code that is written and the people that have written it or helped to write it. Note that I didn’t say perfect. It wasn’t perfect (even when I pretended it was) and it is probably even less perfect now. But it is awesome when looked at the point-of-view of the impact it has made in my life and the lives around me. I have written often about this so I won’t go deep into it.

The ecosystem is awesome

As I said before, don’t limit yourself to Drupal. Drupal hasn’t limited itself to Drupal anymore since Drupal 8 famously got off the island by adopting practices from the wider PHP community. Learn from other frameworks and languages to determine what’s the best fit. There was a time I used to say that we could build anything in Drupal. That’s still true but that’s neither effective nor efficient. Decide if the code you are writing should be a custom module or a contributed module or a PHP package or a completely different service outside Drupal. There are a lot more awesome libraries and systems out there and you should find out how you can use them in Drupal rather than building that in Drupal.

I feel like I can keep going but I am going to end it here. This was much longer than I thought I would write but that’s the best I can do at this time. If you read it so far, thank you, you’re a star!