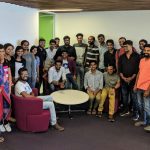 Another month, another Drupal meetup in Bangalore. This month’s meetup was held at Athenahealth office on Lavelle Road in Bangalore. Since the last month’s meetup was scheduled a week early, there was more than usual gap since the last meetup. This time, we had a full schedule and exciting sessions planned. For all this, we were in a beautiful room on the 17th floor overlooking the gorgeous cityscape of Bangalore (as you can see in some of the photos below). This was thanks to Athenahealth, our gracious host for this meetup.

We started at around 10:30 AM with introductions of everyone present in the room. We had about 30 attendees in total, out of which about 7-8 were first time attendees. After introductions, Taher started the day by talking about updates to Drupal, mainly Drupal 8.6, 8.6.1, and talking about Drupal 9. He also mentioned upcoming events and mainly talked about important dates for DrupalCon Seattle 2019 including session submission deadlines.

The first session of the day was about Drupal 8 Plugins and Plugin API by Manoj Kumar of Athenahealth. Manoj described common confusions between plugins and services in Drupal 8 and when to use each of them. He talked about the plugin API itself, specifically plugin discovery and factories. He walked us through a demo of how to create our own plugin type and creating plugins of that type. This included a very lively and engaged discussion about plugins.

This was followed by a lightning session on using Alexa with Drupal by Rakshith of Axelerant. Rakshith described how a service like Alexa integrates with Drupal, demonstrated the Alexa developer console and described concepts like intents. He also demonstrated tying this together with Drupal where Alexa could respond to user queries like “Read article” or getting a list of articles.

Rakshith talks about using Alexa with Drupal at the @drupal_bug #meetup today. pic.twitter.com/tWc1maQlN7

This was followed by a few announcements and a break, with refreshments courtesy of Athenahealth.

Thank you @athenahealth for hosting us for this month's #Drupal #meetup and providing a beautiful venue and refreshments. pic.twitter.com/C0p6elSWBH

After the break, we resumed sessions with an introduction to the paragraphs module by Parvateesam Konapala of TCS. Parvateesam started by explaining what Paragraphs module provides and some of the modules which extend paragraphs’ functionalities. He also gave a demo in which he created paragraph types, adding them to content types, and how to use paragraphs in your site building workflow.

Back from a break and we have @paru_523 giving an introduction to paragraphs module in #Drupal. pic.twitter.com/vOO7Wmw2iJ

The last session of the day was on using Tome by Malabya Tewari of Specbee. Malabya started by summarising static site generators and how are they different from the conventional approach. He talked where static site generators might be used and their benefits. After talking about a few other systems, Malabya started talking about Tome and how it works. He demonstrated a workflow of a static website

The last session of the day on Tome (static site generator using #Drupal) by @malavya88 at @drupal_bug #meetup. pic.twitter.com/lyC0MNEkNC

We had a quick questions and answers round where people brought up various issues they are facing and we collaboratively discussed on solving them. This was quickly followed by closing announcements and of course, crediting all the speakers and organisers on our meetup planning issue. We also discussed a bit about the format of our meetups and what we can do to improve. After a great discussion on couple of topics on what else we could do, the meetup ended at 2 PM with a group photo. There are more photos below. 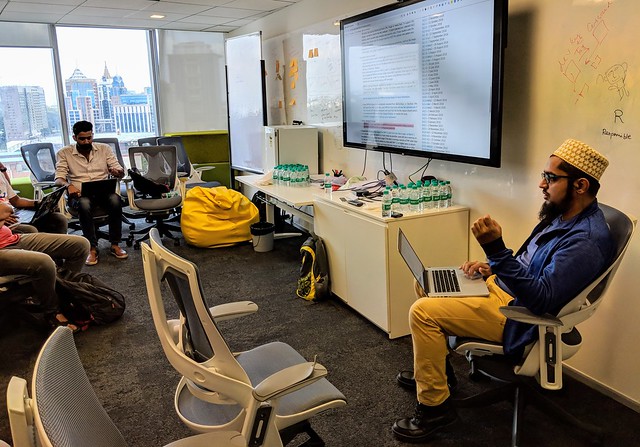