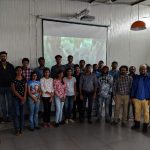 This month’s Drupal meetup was held at 91Springboard in JP Nagar. We held this meetup early instead of our usual last Saturday of the month due to a long weekend.

It was a lazy rainy Saturday morning and most of the people made it on time. We started the meetup at 10:30 AM as planned. We started with introductions and a catch-up on news and upcoming events in the Drupal world.

Our first lightning talk was by Malabya on Umami, which is an effort for Drupal’s out of the box initiative. Malabya described why Umami was necessary and what are the problems it solves. The slides are available here.

.@malavya88 talks about why first impressions are important and how #Umami helps #Drupal do a better job there. @drupal_bug pic.twitter.com/NPI5rUnMRC

This was followed by Srikanth and Tejasvi giving an introduction to BLT. They introduced why something like BLT is required for developing Drupal sites in a moderately large team. They also described the structure of a BLT based setup briefly and answered questions related to BLT.

Tejasvi talks about what a BLT setup looks like and the code structure at @drupal_bug meetup. pic.twitter.com/nO96l7xdGt

We tried something new this meetup based on feedback. Many people brought in various questions they face when using Drupal. Some of the questions we addressed were:

We had a short break after the session after which we started the last session of the day on using Webpack with Drupal themes by myself. I started the topic with a discussion on modern JavaScript including newer ES6 syntax and specifically, writing modular JavaScript. I then introduced the template I have put up to use Webpack along with Drupal’s bootstrap theme’s SASS starterkit.

We ended the day with crediting all the speakers and organisers of the meetup on the issue we have for our meetup. This was followed by our group photo and closing.

All photos from the meetup are below. 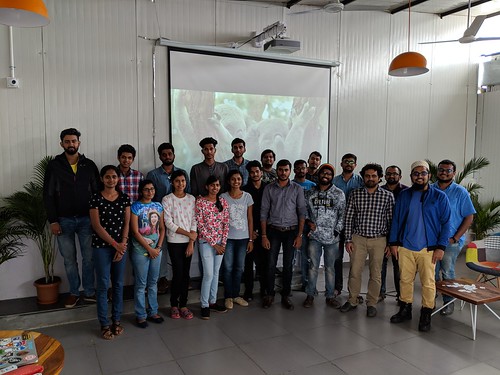