What I look for in Drupal contrib modules What does a Drupal developer do? 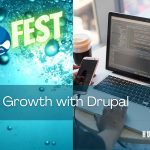 As the Director of Drupal services at Axelerant, one of the things I often worry about is the growth of each of the members of my team. We are a Drupal agency, so there are a lot of options for people to choose from. Yet, there are different concerns with working on Drupal for a long time. Today, I’ll talk about some of those concerns and what are the mitigating factors. I can’t claim to present a perfect solution, even less in a post written in less than an hour. But I hope to at least get the topic started.

Concern: Drupal is not cool anymore

When Drupal celebrated its 18th birthday, there were jokes around how Drupal is now old enough to drive (or something like that). This year, Drupal is 20. You might be surprised but a software’s life-cycle is not the same as a person’s life-cycle :). So, while 20 might be the age where a person is cool (I’m showing my age, aren’t I?), that’s not the same for software.

Yes, Drupal is now in the boring technology club. It has been so for years with a definitive transition around the Drupal 8 period. This is not a bad thing. It’s only a bad thing if you want your software stack to be cool and you having to work against deadlines to fix issues for everything that is just a little out of the way. Drupal is mature, predictable, and boring. And that means you should not worry about Drupal going out of style anytime soon.

However, the people who have this concern don’t worry about the software living on. They are missing the fun that comes with working with cutting edge technology. They’re right. Fun is important and software development is hard enough without it not being fun. The fact is that Drupal can still be used in cool new ways. For example, Decoupled Drupal is one of the newest trends in the industry to offset Drupal’s limitations in the front-end area. Another subtle way that Drupal is fun by opening it up to the PHP ecosystem with the “get off the island” movement with Drupal 8. You don’t have to be limited by Drupal’s API and libraries to do what you want. The entire PHP ecosystem of packages is available for you for direct use within Drupal.

Further, I encourage people not to code just for the sake of coding. Solve a problem: any problem, even if it is a hypothetical issue or an imaginary challenge. Solve it and put it out to help other people. You make that act of coding about people and in turn, you help yourself. But I am digressing. Drupal solves problems of quickly building a web presence for activities that help people. This tweet comes to my mind again over here. Even if Drupal’s software stack is not cool, what it does is cool and that’s a big deal for me.

Concern: There is not much to do in Drupal

As developers grow and learn more, they find that they are learning less and less in their day-to-day work. This is closely tied with the first concern I talked about (Drupal is not cool). People may not think that Drupal is not cool but the underlying thoughts are the same: all tasks are of the same kind and I am not learning anything anymore. They’re right as well but there are ways around it.

I previously wrote that most requirements of building a website with Drupal can be achieved just by configuring in the UI. You only have to write some glue code to get it all working. Opportunities to develop entirely new functionality in Drupal is now rare unless you are working on the Drupal product. This is when people start looking into other frameworks and languages. Again, I highly encourage that because the learning benefits both the person and the project, but that’s beside the point of this post.

Fact: There is a lot to do around Drupal

The problem is in finding opportunities around Drupal. I have already hinted at one easy way out of this: work on the Drupal product. That is to say, contribute to the Drupal core and contrib space. These are the people solving the hard problems so that we don’t have to. If you want to solve hard problems, we need you there. I am sure your organization will support you if you are interested in contributing to Drupal.

Next, look at what are the integrations where you could help. Very few Drupal sites today work in isolation. Either you have a completely decoupled site, or at least integrations to other complex systems and these are still challenging areas to work in.

You will notice that the solutions here largely depend on the organization where you work. Yes, you would need the support of your organization and there is a good chance you will get that support if you ask. If you don’t, you can tackle this yourselves but that is the subject of another post.

Concern: No one respects Drupal or PHP

PHP (and Drupal) is often the subject of cruel jokes ranging from competence to security issues to just being old. Chances are that you have come across enough of them and so I won’t write more about this.

Fact: PHP and Drupal communities are some of the most respected ones

To be blunt, don’t listen to these people. In my opinion, they are living in a time 20 years back or are influenced by people who lived then. PHP has made a comeback with a robust feature-set and predictable release cycle. So has Drupal. Moreover, Drupal has rearchitected itself to be more compatible with the PHP ecosystem. Finally, code is just about getting the job done and PHP commands a significant share of the web applications market, so you’re in good company.

And it’s not just about code. PHP and Drupal communities are some of the most welcoming communities in the world. They are often talked about in various places (just search for podcasts on the topic) and people cite examples of how they found welcome and support in the communities.

I am going to leave this post here even though there is a lot more I can say. But these are my thoughts for today and I hope you enjoyed them. I hope to come back to this in another post some day.