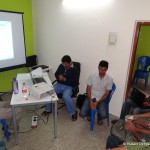 But first, a little history…

I am a rather late-comer to Drupal, considering that I have been using PHP since over a decade now. I started off writing a rough file based CMS for a local community website and then to specific custom applications such as those for office automation. I got on to open source CMS bandwagon much later owing to the human nature of trusting only one’s own code and reinvent-the-new-wheel inclination. In fact, I almost completed my own blogging engine with all bells & whistles and a powerful engine with plenty of horsepower and options for all kinds of attachments when I realized something – All that time, I had not written a single blog post. I was more focused on improving the pen & paper than using them. But that is another story.

I got introduced to Drupal in around 2009 when Drupal 6 was just around the corner. I gave it a shot but quickly gave it up. I simply did not have the time to start something new then. My only acquaintance with Drupal in this time was as a co-editor on a local community website (yes, the same one where I had used a file-based CMS.)

I eventually tried my hands on Drupal (or rather, jumped in) when working on a news website. After my big, clumsy dive, I understood more of Drupal-verse and got acquainted with enough to build different kinds of websites and applications. At about the same time, I came across a Drupal user group in Bangalore and meetups were planned. I attended a few meetups but never got a chance to write about them. Today, I plan to rectify that.

While regular Drupal meetups in Bangalore have seen a decent participation, the one I am writing about was somewhat lacking there. I arrived a little late at the meetup venue due to a little mix-up with addresses. After a not-so-brief discussion while waiting for some more members (and chairs), we started with a presentation from Vishnu on various modules available (mainly for Drupal 6) and the ones he used to build his website. You remember the 17,000+ number on drupal.org? I think we covered a good portion of that number for one site. From the bread & butter modules like CCK (it was Drupal 6, remember?), Views, Rules to lesser known ones like conditional field or computed field to obscure ones which makes the page title appear as a ticker, we saw it all.

The presentation was surrounded by discussions, Q&A, issues and general networking. Discussions ranged from solving specific problems to finding useful modules to bridge that particular requirement. It was an elaborate discussion and the small size of the audience helped keep things focused.

I ma looking forward to the next meetup where I am hoping to present a session myself. Meetups are customarily held on the last Saturday of every month. You can subscribe to meetups and events at it’s official meetup page, it’s Facebook page or of course, on g.d.o page for Bangalore. 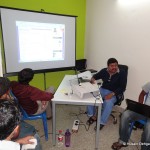 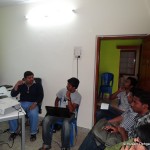 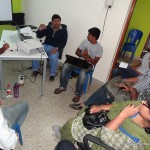 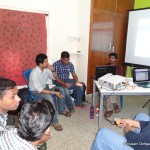 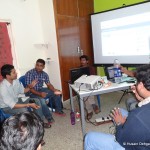