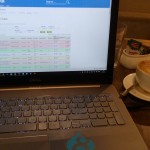 It is Drupal’s 15th birthday! This is the first one since Drupal 8 was released; yes, there is a release of Drupal 8 today! If you’ve been following Drupal for some time now, you can imagine the happiness all us Drupalers have when I say this. I think this is a great moment to share something I wanted to since quite some time now. This is my story of how I got into Drupal all those years ago and how I built my career around it.

I first came across Drupal in around 2007 (don’t remember the year exactly) when a group of us sat down to plan for a website for our community. I had already built a site using my own CMS on native PHP as I was wary of any CMS or frameworks at the time. My attitude was that when I can do it myself with complete customization, why should I use something else! Anyway, I looked up on Drupal and what it could do, but didn’t really explore. Some time later, another friend asked for help to build another community website. I looked up Drupal again as I was very busy with work and couldn’t work on a custom CMS. When I couldn’t figure out how to allow uploading images to a content type, I gave it up. Around 2010, that friend checked if I had time and this time, I decided to check Drupal properly. I was already using WordPress and other frameworks like CodeIgniter, Kohana, etc… by this time and I thought it is time I start exploring Drupal.

This was my first and only Drupal 6 website. I built the site with some difficulty and wrote custom functionality for various tasks. I then migrated content from the custom CMS to Drupal 6 using a custom script (migrate framework wasn’t ready yet, as far as I can remember). This was a huge success and improved efficiency and productivity. The website grew massively as well.

After that, I continued working with Drupal, WordPress, Magento, and other frameworks and couldn’t specialize in any. I was still running a small business then and couldn’t afford a very narrow focus. Things changed in 2012 but I was still busy focusing on multiple technologies. I was part of a bigger company (still small) and was leading the complete web development (and design) effort. What happened next is a long story suitable for another post but I moved out and decided to work exclusively with Drupal.

I found a post on g.d.o one day about a company called Blisstering Solutions opening an office in Bangalore. I joined them and started working exclusively on Drupal. After a couple of projects there, I found myself with a little free time and I started looking into Drupal 8 issues. It was around April of 2013 and Drupal 8 development was still going rapidly with tons of issues in the queue. Due to this, there were a lot of patches that required rerolls and I jumped in there. Soon, I started looking at some of the more complex issues that needed a much deeper understanding of the system, and then, Drupal 8 was still very complicated and not that well documented. Around the same time, I also joined another company called Axelerant Technologies.

I started off as a developer at Axelerant but soon took up the position of full time contributor for a few months. Since then, I have been working as a technical architect and helping with the overall engineering direction but contribution has remained one of my most important areas. Since then, I have contributed to various projects, some on Github, many on drupal.org, but mostly to Drupal core. I helped fix Drupal 8 criticals and odd tasks here and there. I am thrilled to have reached 200 commit mentions recently.

I also took a larger interest in the local community. Up until then, I was a mere participant of the monthly meetups held in Bangalore. I started speaking at various meetups and helping Chakrapani and Gokul, who organized these meetups, wherever I could. Soon, I started attending and speaking at camps in India. My first talk at a camp was at DrupalCamp Pune in April 2014 where I spoke about migrating to Drupal 7 using the migrate module. I then started speaking at almost every camp and meetup. The only camp I haven’t spoken at is the camp we organized in Bangalore in July 2015, and only because I was busy with organizing the event.

I was also involved in early stages of planning for DrupalCon Asia (then DrupalCon India). It was my first chance to actually meet some of the people I had only heard about until then. I actually thought that they might be customarily nice in letter, but I had no idea how nice and warm they were in person. This was repeated with almost every person I met over my trips to camps and cons outside India. And Indian community is no different. There are some brilliant minds here who are not just talented but also super nice. I can’t think of the number of times I have been intimidated by a d.o username and then actually meeting the person and see how down-to-earth person they are. It is plain awesome.

I was also fortunate enough to speak at DrupalCon Los Angeles 2015 and DrupalCon Barcelona 2015, which were my first DrupalCons. I will also be speaking at DrupalCon Asia 2016, to be held in Feb 2016 in Mumbai.

I don’t have much to compare against but the Drupal community is one of the kindest and helpful communities I have known. I cannot describe how it has made a difference in my career and even my life. I have also witnessed how the community at large has come together to help individuals like me. I know the community doesn’t only care for your code, but also respects you as an individual and cares about you as a human being. I am incredibly grateful to be a part of this awesome community.

As taglines go, I know this is heavily cliched but it happens to be true to every letter. I can’t think of any better way to describe the overall Drupal ecosystem as “Come for the code, stay for the community.”