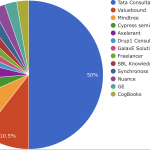 This month’s Drupal meetup was held at TCS Global Axis office in Bangalore on February 25, 2017. TCS has previously hosted us at their other office in Whitefield and we are grateful for their support for Drupal community activities. Kudos to Sudheesh for setting this up for us and Rakesh for co-organizing the event. We had about 46 participants from ~80 RSVPs which is near the ratio we have come to see in meetups in Bangalore. 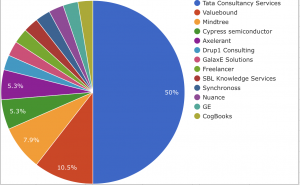 We had planned for two sessions and a lightning talk section. The day started around 10:30 AM with “Composer with Drupal” presented by myself. The talk covered breadth of topics from namespaces in PHP and autoloading to using Drupal Packagist and templates. The talk ran slightly longer than an hour and hopefully, participants came out with a better understanding of Composer and modern PHP concepts.

This was followed by a 15 min tea break courtesy of TCS.

After the tea break, we had a session on “Contributing to Drupal” by Rakesh James, a prominent contributor to the Drupal ecosystem and an active community member in Bangalore. Rakesh covered different aspects of contribution to Drupal and open source in general.

The day ended with a lightning talk on Chatops presented by Mani Soundararajan. Mani walked us through how they use Hubot with Github and other internal systems at Synduit to make development and infrastructure handling simpler and more transparent.

We also discussed our camp activities and gathered suggestions on planning it this year. Contributions to camp are always welcome. We ended the meetup at 1:30 PM. We would like to thank TCS once again for hosting us this month. Some more photos below: 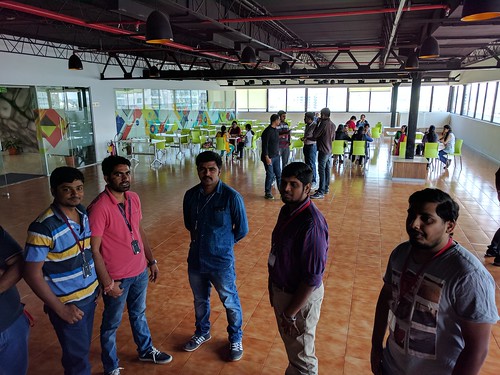