Drupal meetups are fun. You meet new people, learn something new, and other people learn from you. The Drupal community in Bangalore has regularly organized a monthly Drupal meetup, which is only growing with the support of large organizations coming forward to host. This month, the meetup was held at the TCS office in Whitefield in ITPL on Saturday, 25th April, 2015. Photos from the meetup are below and a more detailed account follows.

The April meetup was held at an auditorium in TCS Whitefield office. We saw an attendance of around 40 people, which was lesser than we expected, owing to disruption caused by recent rains. Inspite of the relatively lesser number, this was still one of the more successful meetups. Since the TCS office is in ITPL, with massive security hassles, we reached there by 9:45 AM and we reached the building by about 10:15 AM. There were a few people already there and we waited until 10:30 AM to start. 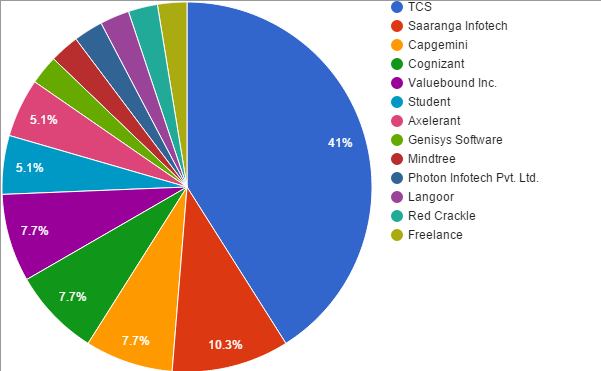 We started off with Jaya talking about how being a part of the Drupal community has helped her career and life. After her inspiring talk, several people came forward and shared their Drupal story, and how it has helped in their career. Being a part of all this discussion was an amazing and insightful experience. Photos of the speakers are uploaded in a Flickr album (also shown above in the slideshow).

This was followed by a session on SEO by Sudheesh Sudhakaran where he explained what helps and hurts sites in SEO. This was also followed by a productive discussion on various techniques, questions, and latest practices. We ended the meetup at around 1:15 PM with the customary group photo. Some of the participants later met for lunch at the ITPL cafeteria.

I would like to take this opportunity to thank TCS for hosting us for this meetup. Sudheesh and his team helped in arranging the venue and the refreshments and helped all the participants through the security checkpoints in ITPL. They even took care of the photos and for once, I was not seen swinging around with my camera.

The next meetup is tentatively scheduled at the end of May. Follow @BangaloreDrupal on twitter (or myself) to keep up with the news. You can also join the meetup group to get an email as soon as the new meetup is announced.