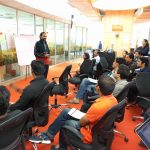 With the intention to stay ahead of the awful Saturday traffic in Bangalore, I reached quite early for the second open source Bangalore meetup. Fortunately, there were fruits and coffee when I reached. The venue for this meetup was Prowareness office in Embassy Tech Park which is quite vast and comfortable. I settled in and got some more debugging done before the meetup started at around 11:15 AM. 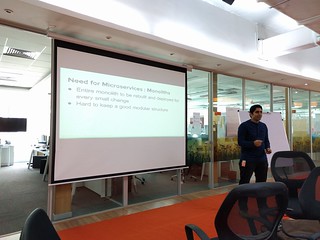 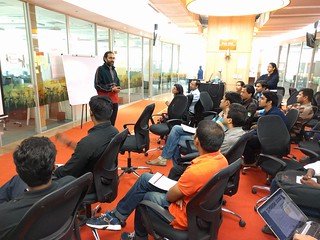 Next, we had a session on “Open Source Hardware Design for Hackers & Hobbyists” session by Anil Pugalia. The session started with a discussion on the meaning of the word “hacking” and how it has been twisted to give a negative connotation. We discussed how we can tweak hardware for our own purposes. We saw how we can get started with a barebones hardware board and Anil drew comparisons with software in learning open source hardware design. He passed around a board he designed himself and explained various steps in designing the board, getting it manufactured, and assembling it. 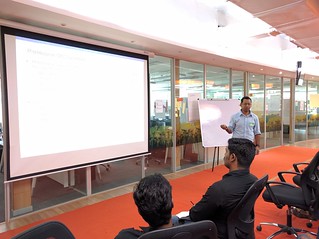 After this, we had a session on “Open source software licenses” by Nishant Krishna. We started with discussions on how various kinds of licenses differ. Particularly, we discussed permissive and restrictive open source licenses. After lunch, we split into teams and decoded several licenses such as Apache License, GPL, LGPL, Creative Commons, Oracle Binary License, etc. to determine the restrictions on each of the license. We did this similarly with components like JRE, Twitter Bootstrap, and Open Font Library. 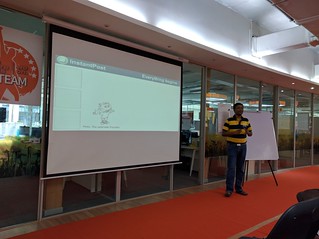 After the workshop, Akhil Mohan took a last-minute session on “MySQL 5.1 replication”. He started with a story (his own, maybe?) about a developer trying to catch up to challenges of working at a startup when a friend helps by introducing MySQL’s replication and other features. 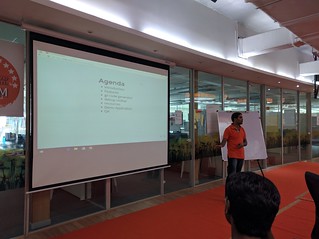 The last session of the day was on “Yii 2 framework” by Vishwasrao Salunkhe. We discussed about Yii2 framework and how to get started with it. We discussed some of its characteristics like its MVC model, active record pattern, role based access control, etc. We walked through its many features such as support for internationalization and localization, migrations, testing with phpunit, code generation, etc. We then looked at some code samples that are commonly used in an application based on Yii2.

Thanks to Prowareness for providing the venue, lunch, and snacks, as well as the organizers and the speakers for a very good meetup. I think it was a bit more formal for my taste but overall, I had fun. For example, the lunch was quite elaborate and I wish it were simpler. I will look forward to more meetups here. 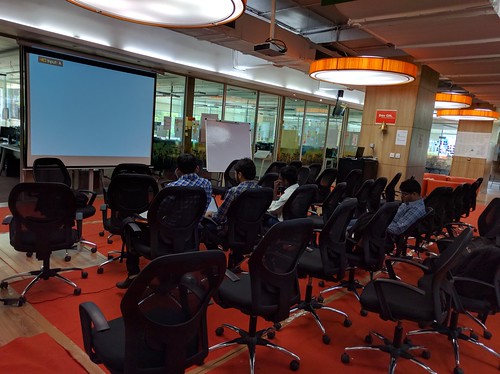